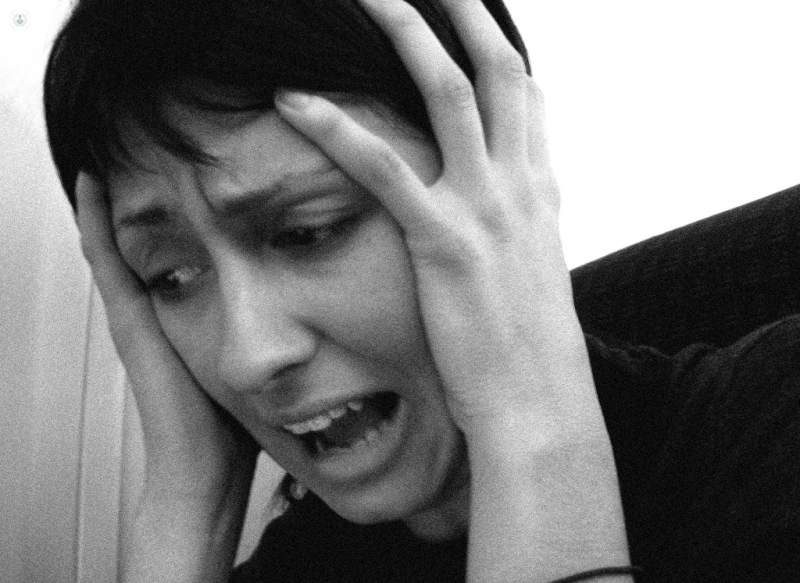 What is a panic attack?

Panic attacks are episodes of sudden intense fear or anxiety, accompanied by physical symptoms, which can peak within minutes. They can last seconds or hours, but most last somewhere between 5 minutes and 20 minutes. They can occur without warning, even during a previously calm state. The intensity, duration, and number of symptoms that manifest can vary from episode to episode and from person to person.

The feelings of anxiety and dread, and the physical sensations of a knot in the stomach and a racing heartbeat can lead patients to think they are having a heart attack, or that the episode is symptomatic of heart disease, breathing disorders, or even thyroid disease. Many patients suffering a panic attack for the first time will call for an ambulance, but it is usually not necessary to go to a hospital. Despite being highly distressing and unpleasant, panic attacks usually aren’t dangerous and don’t warrant hospital treatment.

What are the symptoms of a panic attack?

Besides extreme feelings of panic or anxiety, panic attacks are accompanied by several physical symptoms. “Full blown” panic attacks involve four or more symptoms, while some people may experience “limited-symptom” panic attacks, consisting of fewer than four. Typical symptoms include:

Panic attacks are basically caused by the body suddenly going into “fight or flight mode”. This consists of natural, built-in mechanisms in our bodies, which have evolved to be able to deal with danger by either fighting an attacker or fleeing. To do either of these things, we must be as fast and strong as possible, so our bodies are flooded with adrenaline, which speeds up our breathing and heart rate to get more oxygen into and around our bodies to all our cells as fast as possible to deal with the threat. This causes most of the physical symptoms.

This fight-or-flight response is triggered by the sudden onset of fear. Quite what triggers that fear is harder to say – in some cases, phobias, emotional circumstances, or stressful situations may be the cause, but in many cases there is no obvious reason. However, once physical symptoms begin, that can scare the patient even more, causing the release of more adrenaline, which only worsens the symptoms.

How can they be prevented?

Some patients try to avoid panic attacks by avoiding situations that could be stressful, raise their heart rate, or that they associate with having panic attacks. While avoiding drugs and tobacco and cutting down on caffeine are good ideas for a number of reasons, things like avoiding exercise are not usually recommended by doctors – in fact, exercise can be a way to relieve stress, and may be a good idea in some cases. While identifying the source of your stress and what triggers panic attacks is a good strategy, it is important not to restrict your daily life.

What is the treatment?

Cognitive behavioural therapy (CBT) can be helpful in identifying the causes and negative thoughts that might lead to panic attacks. Apart from this and lifestyle changes, there is no real treatment.

There are, however, techniques to control your symptoms when panic attacks strike. Breathing exercises and mental grounding techniques, such as listing five things you see, hear, feel, etc. are helpful to many patients. Experts recommend not leaving the situation if possible – facing the source of the fear and riding out the attack. Of course, each case and each patient is different, and should consult a doctor to learn their own best course of action.

Any cookies that may not be particularly necessary for the website to function and is used specifically to collect user personal data via analytics, ads, other embedded contents are termed as non-necessary cookies. It is mandatory to procure user consent prior to running these cookies on your website.